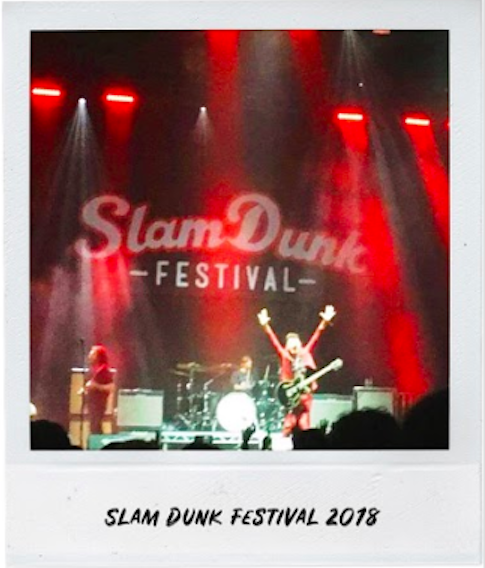 If you are a 90s/00s kid, the chances are that, at some point, your music taste veered towards Emo or Pop-punk bands and, for the most dedicated fans, you would find yourself living in band tees and revolving your social life around gigs. I definitely sympathise with this as I spent my childhood crying over My Chemical Romance, falling in love with All Time Low and learning every Blink-182 song off by heart. As we got older, a lot of us grew out of this and replaced band tees with whatever Vogue told us to wear and replaced gigs with nights out. I, however, could never fully let this part of me go and will continue to cling onto my youth going to as many gigs and festivals as I can.

One of my favourite annual events is Slam Dunk Festival which is a day filled with the best Alternative, Pop-punk and Rock acts that the industry has to offer. With seven different stages, there is a huge range on offer which means you spend the day running between stages so that you don’t miss the next great band. This is exactly what I did and, although I would like to tell you about everyone there, I will be doing a band- by-band review on who I was lucky enough to catch.

Before I talk about the acts, however, I will talk about the festival as a whole. Slam Dunk has dates in Hatfield, Leeds and Birmingham over the May bank holiday weekend and I attended the Birmingham date at the NEC on Monday 28th May. 2018 was only my second Slam Dunk Festival but, despite this year being less busy than previous years, the security and staff seemed to be less organised and came across as unhelpful and, on occasion, rude. This did come as a shock to me as I never noticed this problem before; however, security still did a great job at preventing any incidents and the day ran smoothly.

The first band of the day for me was Can’t Swim, an American band who were still on tour from their debut album ‘’Fail You Again’’. I admit that I had never listened to these guys before, and saw them under a friend’s recommendation and they did not disappoint. It is never easy to open a festival but Can’t Swim’s catchy songs and energetic performance made them a pleasure to watch. Not only were the band great but we also noticed that Frank Carter, who was playing the festival later in the day, and some of his crew were stood right next to us! It was really cool to see him and to see them supporting smaller bands; if Frank Carter likes your band then you are doing something right!

Next up were Astroid Boys, a welsh band who’s unusually music style consists of punk, rap, and grime. To most people, this combination does not sound appealing but somehow Astroid Boys manage to pull it off and I can honestly say that they were one of my favourite acts of the day. Despite Benji (lead vocals) having no voice after the Leeds and Hatfield gigs, he still powered through and the bands musical performance could not be faulted. The crowd was one of the best of the day with mosh pits to every song and dedicated fans being able to rap entire songs. If you fancy something a little different, I will always recommend asteroid boys.

After Astroid Boys, there was no one on that I had ever listened to before, so I decided to stay on the same stage to watch The Devil Wears Prada. These were the heaviest band of the day, the kind of ‘screamo’ band that your mum would be horrified at. Although that isn’t really my cup of tea, they are very good at what they do and gave the festival a larger range and appeal. 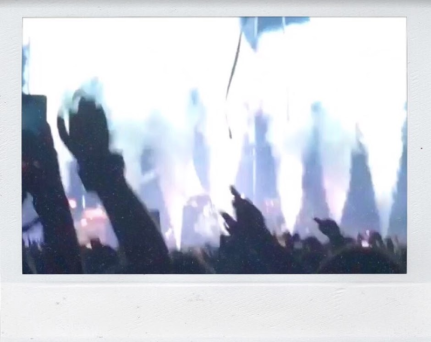 As the day went on, I was getting more and more excited about the bands to come. I am not ashamed to say that my fan girl really came out when Twin Atlantic stepped on stage. I have followed the Scottish rockers since their first album and they just keep getting better. The setlist was jampacked with a good mixture of old and new songs and gave me a real chance to let loose and dance (I apologise to anyone that had to witness me at this point!). I haven’t been able to stop listening to them since and would encourage everyone to check them out.

The next band reminded me of what it was like to be fourteen and first getting into music. Sleeping With Sirens have songs that take me back to my childhood and, although the songs probably aren’t actually that great, I will always love hearing them live again.

Then it was the turn of my favourite band; Lower Than Atlantis. I cannot express to you how much I love these guys, their songs are just so brilliant, catchy and powerful and their stage presence is enough to blow you away. If you catch one of their shows be sure to have a beer in hand as, at some point in the show, Mike Duce (Front man) will call you out and ask you to down it. All of a sudden, a gig turns into a party and it no longer seems like they are this famous band because they are just so down to earth and never take any second of success for granted. Easily the band of the day.

The penultimate band were the fabulous Pvris. I always love to see successful bands with female members and, thankfully, this is becoming more common. Lynn Gunn’s voice manages to be angelic while still fitting in with the Rock ‘n’ Roll guitar solos and banging drums. Although, as a band, they didn’t seem to interact much with the crowd, their musical talent and confident stage presence made them very enjoyable to watch.

And last but certainly not least were Good Charlotte, an old school Pop-punk band who were the best way to end the day. Even though I only really knew their main singles, I stuck with my friends near the back where we had all the room we needed to dance and be silly. I came home with confetti in places it really shouldn’t have been, but it was so worth it!

Overall, one my favourite days of the year. Be sure to grab your friends and some beers and head to a festival this summer or failing that, Slam Dunk 2019! 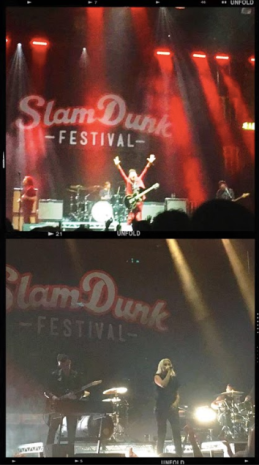