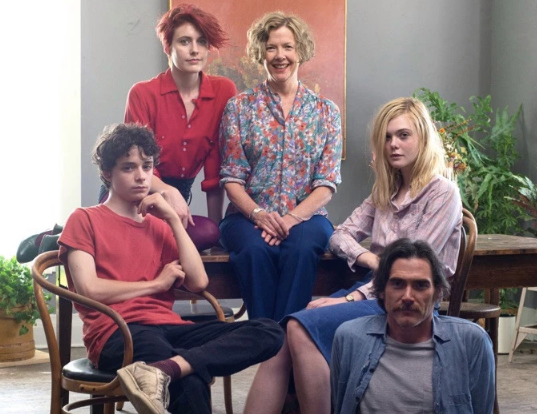 The classic coming of age story is redefined with this unique telling of the bond between mother and son, in the eccentric and unconventional 70s.

The story follows Dorothea, a single mother struggling to raise and connect with her son whilst in his teen years at the end of the 70’s. In an attempt to help him on his journey to becoming a man, she recruits Abbie, a photographer and boarder at the house, and Julie, Jamies best friend.

Throughout the film we see the lives of these three women intertwine as they each attempt to help Jamies development. His mothers casual and relaxed approach allows the other women to have a more influential role in the process, but struggles with accepting her distance from her son, and letting go.

But the film doesn’t only give insight into the lives of those during the late 70’s, but also the political and social climate at the cusp of the decade. Set in 1979, the film has a very specific tone, which is captured not only by the narrative of the film, but sequences of still images and archive footage from the era, and a strong soundtrack including the work of Talking Heads and David Bowie.

20th Century women at its core is a story about the women that not only raise Jamie, but the women that raise all of us. Tell us about an influential woman in your life in the comments bellow.